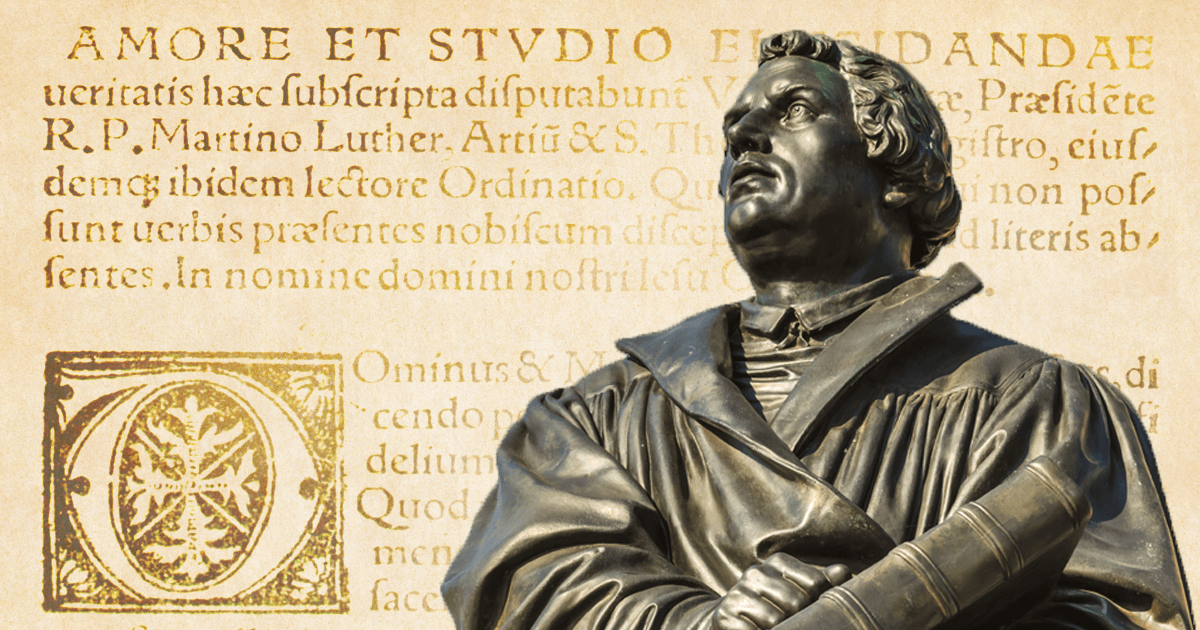 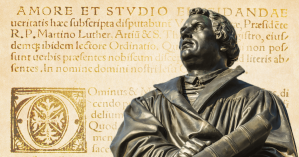 The Luther most frequently referenced in pop-Christianity is not the complete Luther. Like most of us, Luther’s views changed and evolved over time. A simplistic view of history suggests that Luther posted his 95 Theses  with a fully formed Protestant theology. In reality, we must treat early Luther as a man in development.

Within the first few years of the Lutheran reformation there were several big, indeed trajectory-altering, events: The 95 Theses, the Heidelberg Disputation, Luther’s writing on The Freedom of the Christian and The Bondage of the Will. These massively important events provide most of the popular knowledge of Luther, they give us the various sound bites and highlights of the Reformation and Luther’s initial role in it. Yet, these events hardly represent the totality of Luther’s career. As Carl Trueman has written:

It is the Luther of 1525 and earlier who receives all the attention. The problem with this approach is that Luther lived for another twenty-one years after his clash with Desiderius Erasmus, years marked not only by the doctrinally defining conflict with Zwingli but also by the institutional and practical consolidation of the Lutheran Reformation at ground level. The Reformation was, after all, a work in progress in Luther’s lifetime: his theology shattered old pastoral patterns and transformed the practical and experiential expectations of Christians. Even as it resolved some of the difficult issues generated by late medieval Catholicism, it asked new questions and created new problems, which then had to be addressed. It is not enough to quote Luther’s Heidelberg Disputation or The Freedom of the Christian Man without seeing how the theology of these documents affected the world of their own day and how Luther and his colleagues had to refine their thought and practices in light of this. (Luther on the Christian Life, 24)

Luther’s initial work is important and worthy of our attention, and yet the “post-1525 Luther is vital” for understanding the man himself and the reforms he helped to start.

One example may help to illustrate the importance of knowing how Luther evolved and refined his thought over time. One of the more famous quotes from Luther speaks to the power of God’s Word. It is regularly referenced, especially by preachers and by those intending to suggest that preaching is all that is necessary for change. The quote reads as follows:

Take me, for example. I opposed indulgences and all papists, but never by force. I simply taught, preached, wrote God’s Word: otherwise I did nothing. And then, while I slept or drank Wittenberg beer with my Philip of Amsdorf the Word so greatly weakened the papacy that never a prince or emperor did such damage to it. I did nothing: the Word did it all. (Luther’s Works, 51:77)

It’s a bold declaration made in 1522. It’s full of that typical Luther fire and it aligns well with the man’s own thinking about the importance, priority, and power of the Bible. It’s also not really true, and the years after 1525 would show how Luther’s thoughts on the reformation changed. It was a whole lot more work than he implied in 1522. By the late 1520s it was clear that there was going to be no Protestant uniformity. Luther and Zwingli could not agree. Furthermore, the Lutheran reformation itself was in jeopardy as Lutheranism became associated with the Peasant’s War, and various cultic leaders began to lead people away from reform and into all sorts of mysticism, nationalism, and antinomianism. There was much work that was still to be done, and it was indeed going to be work.

Young Luther had believed that the reformation of the Church would be completed when Christ returned, and that such a return was coming soon. They were surely living in the last days, he thought. Older Luther felt differently. Again, Trueman writes:

[Luther] was growing old and feeling the effects of the aging process. He had also suffered chronic bouts of constipation ever since his sedentary sojourn at the Wartburg Castle in 1521. Furthermore, it was becoming increasingly clear to Luther that he was not living on the threshold of Christ’s return, that the mere preaching of the Word would not guarantee the progress of the kingdom and the good order of the church…The failure of the emperor to subscribe to the Augsburg Confession, of the pope to acknowledge the correctness of Luther’s stand, and of the Jews to convert to Christianity all indicated that the Reformation was going to be a long haul. (24-25)

Older Luther had seen that desperate need for more formal structures of discipleship, a stronger pastoral and ecclesiastical framework. Post-1525 Luther began to work on consolidating the reformation. He did parish visitations, he wrote catechisms, and engaged in debates with the antinomians. He quite dramatically changed his views on the Jews, a point motivated by his changed understanding of eschatology. Things were different, and as a result Luther needed to rethink and clarify various things that he had believed and taught before 1525. May of those initial documents had so changed things that a new understanding of pastoral ministry, indeed of the Christian life itself, was needed.

To understand Luther rightly we must see how important his later works are, they clarify and redirect our understanding of Luther. If we believe that the Luther of 1517, or 1520, or 1525 was the only Luther in history, that he wrote those initial documents as if they contained perfectly all his theology and thought we will miss important aspects of Luther. In fact, we will completely misrepresent the man, for the 95 Theses do not represent a fully formed doctrine of justification by faith, one of Luther’s key developments. We must be willing to see Luther as a man in development if we are going to see Luther as he truly was.