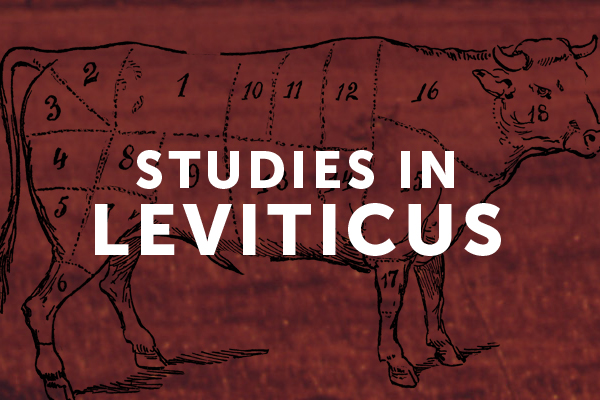 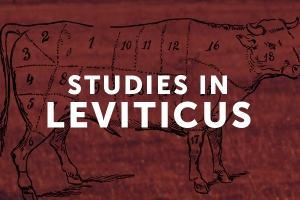 “This is to be a lasting ordinance for you,” says the Lord. The annual ritual of the Day of Atonement was a major event in the life of Israel. It had significant cultic and theological implications for them, and, strangely enough, has significant theological implications for us as well. The Day of Atonement foreshadows the perfect sacrifice and the perfect priesthood of Jesus.

The passage has traditionally be broken down into five sections. A quick look at them may help us understand the flow of the text as a whole:

I. Introduction (v. 1-2) – in which Aaron is warned not to approach God inappropriately

II. Specification of the Materials Needed (v. 3-5) – the priest is informed of the animals and garments that he is going to need to make this sacrifice.

III. Summary of the Ceremony (v. 6-10) – an outline of the sacrifices and rituals and some explanation of their importance and significance.

IV. Description of the Ceremony (v. 11-28) – this section can be broken down further into three parts

V. Establishment of a Statute (v. 29-34) – in which God declares this ritual a perpetual statue to be observed annually

The details of the text are straightforward in their description and follow similar patterns and expectations of the previous sacrifices delineated in the earlier part of the book. It’s not necessary to rehash all of that at this point. It is useful, however, to highlight two significant theological contributions of this text: (1) the purification of the priesthood and (2) the purification of the community.

The Day of Atonement was another means by which God sought to deal with sin. We must remember two major themes in Leviticus are God’s holiness and God’s grace. God is so holy that He cannot tolerate and certainly cannot dwell among sin. Yet, God so desires to be with His people that He provides for them a means to establish and renew a relationship with Him. That means is the sacrificial system. The Day of Atonement seeks to address the sins of the whole community. Each person was required and expected to deal regularly with their own moral and spiritual failures, to offer sacrifices regularly, but there is a communal aspect to sin as well. The whole community, not just each person individually, was contaminated with sin. Such sin had to be regularly addressed and so God established the ritual of the Day of Atonement. The annual sacrifice intended to make atonement for the community and remove their communal sins from the presence of God.

Interestingly enough, however, the details of the text place a strong emphasis on the purification required of the priests themselves. The passage even begins with a strict and serious warning to Aaron himself. We read:

The Lord spoke to Moses after the death of the two sons of Aaron, when they drew near before the Lord and died, 2 and the Lord said to Moses, “Tell Aaron your brother not to come at any time into the Holy Place inside the veil, before the mercy-seat that is on the ark, so that he may not die. For I will appear in the cloud over the mercy-seat. (v. 1-2)

The connection to Nadab and Abihu, and their offer of “strange fire” in Leviticus 10, is important. It sets a context for the laws about the Day of Atonement. Aaron must not presume, as they did, to approach God however and whenever he feels like it. God’s holiness demands a certain level of humility. What follows, then, is intended to give Aaron instruction on how he may approach God in “the Holy Place inside the veil.”

Repeatedly we are told that the priest must purify himself (v. 3-4; 24) and offer sacrifice for himself (v. 6; 11-14). In other words, the priest had his own sin that must be dealt with before he could seek to offer atonement for the sins of the community as a whole. They were imperfect men. They were sinners. They could not enter into the presence of God without blood (Hebrews 9:6-7). Verse 13 adds that the priest must take incense behind the veil in order “that the cloud of the incense may cover the mercy-seat that is over the testimony, so that he does not die.” The cloud of incense veiled the glory of the Lord from man so that he would not die in the presence of the holy God. The priest’s own personal sin was a serious matter. We see here the need for a more perfect high priest. One who does not have his own sin to make atonement for, but can devote himself wholly to addressing our sin. We have that perfect high priest in Jesus. Paul says:

For our sake he made him to be sin who knew no sin, so that in him we might become the righteousness of God. (2 Cor. 5:21)

This passage is not exclusively focused, however, on the purification of the priesthood. The Day of Atonement deals with ritual to address the whole community’s sin. The text speaks of two goats offered for Israel’s transgressions. Each has a specific function that is worth noting.The first goat is given as a sacrifice for sin. The second goat is called the “scapegoat.” The priest would place his hands on the head of the goat and confess the sins of the people, then that goat would be lead out of the camp and sent into the wilderness. He thereby illustrated that their sins had been removed from among them. It’s not entirely clear what the text means by delivering the goat to “Azazel” (v. 6-10). There’s a number of theories posited. The idea, however, remains the same. The goat, bearing their sins, is ushered out into the wilderness. It is sometimes called the ritual of riddance, and was a common practice in the ancient near east.

The ritual of riddance does two things. First, it does remove the sin from the assembly so that their relationship with the Lord may be restored. It also reminds them that this is what should happen to them because of their sin. They should be driven from the presence of the Lord, as Adam and Eve were in the Garden after their sin. They should be separated from their God, abandoned to the wilderness. But again, we see the foreshadowing of Christ. For it is Christ who goes into the wilderness, and who comes back (Matt. 4:1-11). He suffers separation from God that we would not (Matt. 27:46; cf. Psa. 22:1).

What ultimately makes Jesus the perfect sacrifice, however, is that His death in our place is sufficient. Hebrews 10 makes this connection for us. The author writes:

11 And every priest stands daily at his service, offering repeatedly the same sacrifices, which can never take away sins. 12 But when Christ[b] had offered for all time a single sacrifice for sins, he sat down at the right hand of God,13 waiting from that time until his enemies should be made a footstool for his feet. 14 For by a single offering he has perfected for all time those who are being sanctified.

All of this significant ritual foreshadows the work of Christ. As Hebrews 10 says:

For since the law has but a shadow of the good things to come instead of the true form of these realities, it can never, by the same sacrifices that are continually offered every year, make perfect those who draw near. (v. 1)

The law contains a shadow, Christ is the real image. He is both the perfect priest and the perfect sacrifice. We look to Leviticus to see the weightiness of what He has fulfilled, but we look to Christ to see the realization of what was promised.