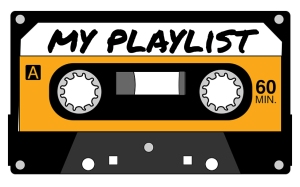 Here is my musical playlist for this week, it’s largely a hard rock/metal list this week:

1) “Fight for Love” by Disciple

This song, from the band’s award-winning sixth studio album, is a ferocious rock song. The album is rather formulaic and predictable, with that perfect combination of melody and muscle. It’s not a bad album, and for a band that has been putting out records since 1995 it is a successful record. This is the most hard-hitting track on the album and it starts off with a bang and keeps punching throughout. The song’s main theme is injustice and serves as a rally cry for the church to take action!

2) “Rose Among the Ashes” by Inhale/Exhale

This is another powerful song by a Christian hardcore band. This one focuses on the grief of a broken relationship, particularly one caused by the singer’s own sins and failures. The last line of the song urges the betrayed to “take my plea, it’s all I have.” This song, off of the band’s debut (2006) album The Lost. The Sick. The Sacred., represents some deep reflective lyrical content with some heavy metal sound.

3) “My Disaster” by Silverstein

This album is largely regarded as a disappointment, by both fans and non-fans alike, and yet a couple of songs are fairly decent, this is one of them. The song recounts a toxic relationship and a toxic person. It’s a simple post-hardcore song and yet it’s catchy.

Aaron Gillespie’s side project from 2007 turned out a new album in 2019: Fear Caller. It’s a good record, with a solid and evocative sound. This track is probably the most typical rock song on the album, but it’s a good song. “NO man is an island,” sings Gillespie, “but I think I am.” It’s a thought I have at times resonated with and it struck me this week afresh.