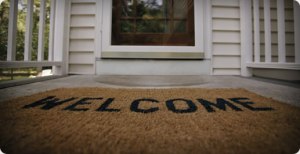 She was the most inappropriate party guest there ever was, and especially for a religious leader. She was a known prostitute, so immediately her presence would have been unwelcome. But, to make matters worse, she was letting her hair down in public, and making the most indecent gestures. Yet, all of this Jesus allowed because He knew her heart. Jesus doesn’t just go to the margins of society, he invites the outcast into the party.

Luke 7 recounts the particulars of this one party crasher. One of the Pharisees invites Jesus to be the guest of honor at his home. It was common in that day and age for the wealthy in a city to host a party in a semi-public area of their home. The dinner would be served with access from the street into the home, and often people would gather around the edges of this party to listen in and, perhaps, to eat the scraps that fell from the table. None, however, would dare approach the table like the woman described in this scene. Luke describes her audacity:

And behold, a woman of the city, who was a sinner, when she learned that he was reclining at table in the Pharisee’s house, brought an alabaster flask of ointment, 38 and standing behind him at his feet, weeping, she began to wet his feet with her tears and wiped them with the hair of her head and kissed his feet and anointed them with the ointment. (Luke 7:37-38)

For all our familiarity with this text, some of us will miss the abrasiveness of it. The scene is abrasive for a couple of reasons. First, this woman is a known prostitute (a “woman of the city, who was a sinner”). It’s rather scandalous for her to enter any one’s home, let alone the home of a religious leader. The Pharisees were serious about their own personal purity. Furthermore, as Tim Chester notes:

This woman treats Jesus with a shocking degree of intimacy. This is not appropriate public behavior. She lets down her hair to wipe her tears from Jesus’s feet and pours perfume on them. There’s even a suggestion that she is treating Jesus as a client, possibly the only way she knows how to relate to men. (A Meal with Jesus, 39)

She does not belong here, and her actions are indecent. She is a party crasher in the worst sense of the word: unwelcome, intrusive, and disturbing.

Yet for all the discomfort she brings to the setting Jesus never rebukes her. In fact, Jesus is noticeably passive in the scene. The Pharisee certainly notices it, for he begins to draw conclusions about Jesus’ identity and character based on this interaction. Luke records his thoughts:

Now when the Pharisee who had invited him saw this, he said to himself, “If this man were a prophet, he would have known who and what sort of woman this is who is touching him, for she is a sinner.” (v. 39)

She is going to contaminate the party, and she is going to ruin Jesus’ reputation! This is a serious issue. Why doesn’t Jesus say something? Why doesn’t He at least ask her to stop touching Him? The answer, simply put, is that Jesus doesn’t get contaminated. He is happy to extend welcome to her because she won’t make Him impure, but rather He will make her pure. As Chester says, “Jesus is happy to link his identity to hers – just as he is happy to link his identity to yours and mine” (40).

This is the pattern of the Christ. He is always inviting sinners to the party. He doesn’t just go to them, but He invites them to come with Him. He did this with the disciples first. He hand-picked the least likely candidates for fulfilling the mission of God: fishermen and tax collectors. These are traitors and misfits. He dines with prostitutes, tax collectors, thieves, and the diseased. He touches lepers. He lets prostitutes touch Him. He converses with Samaritans and uses them as role models in His lessons. He welcomes little children and rebukes those who would keep them away. Jesus doesn’t just go to the margins of society and minister, but He brings those at the margins with Him back to the center of life. In His presence all are welcomed, all can come.

This is the principle of misfit ministry that must desperately be recovered. There are no true party crashers in Jesus’ ministry. He loves all and accepts all. Sinners can be welcomed because sinners can be changed through the life and power of Jesus Christ. Does this mean that Christians and churches should be reckless? No. Gentle as doves, yes, but also wise as serpents (Matt. 10:16). Jesus accepts the messy, the dirty, those society rejects. He models for us what to do with the “party crasher”: invite them to the table. After all, every one of us is a would-be party crasher at Jesus’ feasts, but He extended to each us of a dinner invitation which has changed out status from crasher to guest. Jesus invites all types of sinners to the party, and so should we.