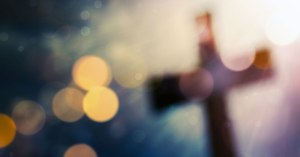 If this election season has revealed anything about contemporary Evangelicalism, it is that we are far too quick to put our values on the shelf in the name of power. The church in this country has, for a very long time, been more interested in political power plays than in Christian distinctiveness. We have spiritualized this pursuit, and made Jesus the key to our hopes for the American dream. We are, in many ways, still a politics-first people when we need to be a Kingdom-first people.

American Christianity is often one pendulum swing after another. The Religious Right was, in many ways, a reaction to the perceived withdrawal of the pietistic movement. As churches began to close ranks and disengage from the broader culture the country veered into the sexual revolution and abortion culture that we have today. As a result of these consequences a people arose to “fight back,” to return the country to its Christian heritage. But, what started as an earnest desire to influence the culture for Christ has, overtime, turned in a more vague moralism. It looks less like Jesus and more like the religion of American conservatism. These are not the same thing! The conflation of the two has, however, led to great division in the way that Evangelical see the world. We treat our liberal neighbors as an enemy in the culture war, instead of as our neighbor whom we should love and care for.

Evangelicalism has traded in the ethics of Jesus for this American conservatism. Listen to the kinds of cultural interactions that the average Christian is having and you will hear fear, hatred, ridicule, and bigotry. Pundits and politicians who bear the label “Christian” are paraded as a celebrities despite the fact that nothing they do resembles the characteristics of a follower of Jesus.We are less interested in winning people to the gospel of Jesus Christ than we are in winning the culture wars. This amounts simply to trading the Kingdom of God for a much smaller and less significant kingdom. There is hope, however, that things can change.

Russell Moore has very helpfully written an inspiring piece of work to call us to this greater Kingdom. He states that the “marginalization of Christianity offers an opportunity for the church to reclaim a gospel vision that has been too often obscured, even within sectors of the church we think of as ‘conservative'” (Onward, 5). Our increasingly alienation in this culture allows the church to be the church in new and fresh ways. Younger Christians are seeing this opportunity. Moore notes:

The typical younger pastor is less partisan than his predecessor, less likely to speak from the pulpit about “mobilizing” voters and “reclaiming Judeo-Christian values” through political action and economic boycotts. This is not because he is evolving leftward. It is because he wants to keep Christianity Christian. As a matter of fact, the center of evangelical Christianity today is, theologically speaking, well to the right of the old Religious Right. It’s true that the typical younger pastor of a growing urban or suburban church doesn’t look like his cuff-linked or golf-shirted forefather. But that doesn’t mean he’s liberal. He might have tattoos, yes, but they aren’t of Che Guevara. They’re of Hebrew passages from Deuteronomy. His congregation’s statement of faith isn’t the generic sloganeering of the last generations’ doctrinally oozy consumerist evangelical movements, but is likely a lengthy manifesto with points and subpoints and footnotes rooted in one of the great theological traditions of the historic church. This pastor might preach forty-five minutes to an hour, sometimes calling out backsliding Christians from the pulpit with all the force of hellfire-and-brimstone revivalists of yesteryear. He is pro-life and pro-marriage, although he is likely to speak of issues like homosexuality in theological and pastoral terms rather than in rhetoric warning of “the gay agenda.” (21)

Younger generations of Christians have seen both the failures of the social gospel of the left, and the moralism of the Religious Right and they believe in something bigger: the gospel of Jesus Christ.

This is not about engaging in politics and culture less. It is about engaging in them differently. It’s about refusing to settle for the puny goals of American conservatism and refusing to buy into the “lesser of two evils” mentality of the political system. It’s about engaging our community with the ethics of God’s kingdom no matter how bizarre they seem, no matter how little they are welcomed, and no matter how our political system wants to distance itself from them. I commend Moore’s work to you as an example of how to do this. We can and should engage the world, but we should engage the world with a Kingdom-first mindset, not a politics-first mindset. The difference will be seen in how we treat others, how we respond to issues with grace, how we think about our allegiances.

My earnest desire for the future of Evangelicalism is that we would be committed to Jesus more than we are to our political parties. The church can be a unique people in this country if we will let the strangeness of Christianity fly high once again. If we tame it, domesticate it, or hide it for the sake of advancement and power we will ultimately lose. There’s hope, with God there is always hope, but we have a lot of work still to do.