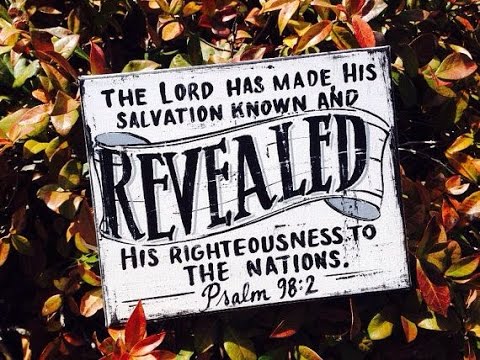 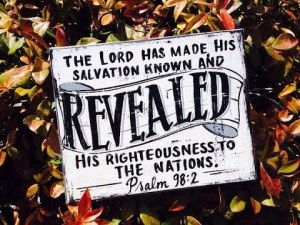 Not all references to serpents in the Bible are bad. Most of us, of course, think of the serpent in the Garden of Eden which tempted and led astray Adam and Eve. Elsewhere, however, in the unfolding drama of redemption there are references to serpents that do not carry the same evil connotations. The Bronze Serpent, in particular, represents mercy and salvation in the judgment of God.

There are three categories of typology that we should understand as we seek to rightly interpret the account of the Bronze Serpent. Typology is a method of Biblical interpretation, grounded in the unity of the two testaments, where a person, place, thing, or event in the Old Testament is seen to prefigure something in the New Testament. Most frequently these are Messianic in nature, pointing to the person and work of Jesus Christ. Three types of typology have regularly been identified in hermeneutics: historical, legal, and prophetic. The historic type refers to people or things in the Old Testament that prefigure, shadow, or adumbrate Christ in the New Testament. For example, Adam prefigures the Jesus the Second Adam (1 Cor. 15:45). Moses too was a type of Christ as he served in a mediatorial role between God and man; likewise David served as a type of Christ in his dual roles as priest and king. The legal type reflects the events and formulas of the Levitical code that were intended to foreshadow the sacrifice and offering of Jesus Christ. Jesus is, after all, the “lamb of God who takes away the sins of the world (John 1:29), paralleling the Passover and the Day of Atonement. The final category is the Prophetic type which finds prophecies in the Old Testament pointing to their fulfillment in the person and work of Jesus. One could think here of Genesis 3:15 and the struggle between the serpent and seed. Of these three categories the Bronze Serpent is best understood as the first: historical type.

The account of the Bronze Serpent reveals God’s mercy in the midst of His judgment. The text of Numbers 21 tells us that the people had begun to speak “against God and against Moses” (v. 5). Despite having witnessed God’s power, might, and love in their history the people come out into the wilderness and they begin to grumble and wish to return to Egypt. As a result of their complaining against God he sends “fiery serpents,” probably so-called because their bite brought inflammation, to attack the people. Thousands died in this incident and those that did not repented and pleaded with Moses to appeal to God for mercy. God does provide mercy and salvation for the people in what would become this historical type of the Bronze Serpent. The text reads:

And the people came to Moses and said, “We have sinned, for we have spoken against the Lord and against you. Pray to the Lord, that he take away the serpents from us.” So Moses prayed for the people. 8 And the Lord said to Moses, “Make a fiery serpent and set it on a pole, and everyone who is bitten, when he sees it, shall live.”9 So Moses made a bronze serpent and set it on a pole. And if a serpent bit anyone, he would look at the bronze serpent and live. (v. 7-9)

The Bronze Serpent becomes a means of salvation, mercy in the midst of judgment.

God was angry with the people, but in His anger refused to completely wipe out Israel. Rather, He punished them and still provided mercy for them. Ultimately this Serpent finds fulfillment in the Crucified Christ who is the epitome of God’s merciful salvation in the midst of judgment. Jesus says to Nicodemus:

13 No one has ascended into heaven except he who descended from heaven, the Son of Man. 14 And as Moses lifted up the serpent in the wilderness, so must the Son of Man be lifted up, 15 that whoever believes in him may have eternal life. (John 3:13-15)

That Bronze Serpent prefigured the Christ, raised up so that all who look on Him in faith will be saved (John 12:32). Jesus fulfills this demonstration of the mercy of God by taking the judgment of God in the place of sinners. He bears the wrath of God. He suffers the poison of the snake bite (Ps. 69:21; Matt. 27:34). Judgment falls on Him, and mercy is granted all who look on Him in faith.

Not all serpent references in Scripture are bad. Jesus crushes the serpent’s head, but only as he fulfills what the Bronze Serpent was intended to do: provide salvation and rescue from the judgment of God. God gives mercy even in judgment, most notably in the person and work of Christ.