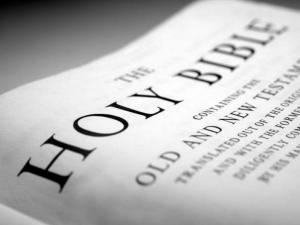 “Are you a psychologist?” When I tell others that I am a counselor they almost always follow up with this question. At the level of popular culture there is an assumption that counselor always equals psychologist. Of course that’s not true; there are plenty of professional counselors who are not psychologists. In my case I am a Biblical Counselor, which immediately draws the suspicion of others. Again, assumptions abound. The bible is not scientific and counseling is supposed to be scientific. There is a general criticism of Biblical counseling which asserts that it cannot be ultimately helpful because it is unscientific. This criticism, however, fails because it presupposes the superiority of scientific communication.

There’s much about scientific communication that we ought to appreciate. The scientific community has advanced the flourishing of the human race in myriads of ways. Medical science and social science ought to be praised, applauded, and supported by the church. Yet, there is a clear cultural bias among some to prefer scientific forms of communication above all others. Who determined, however, that science was the preeminent form of communication? This is not inherent within science, nor fundamental to the fabric of communication, it is a presupposition. This presupposition will, then, lead naturally to a dissatisfaction with the form of Scripture. Heath Lambert directed me to this line of reasoning when he wrote:

The demand that the Bible be scientific in order to be sufficient originates with the various insufficiency positions. Such views betray a fundamental dissatisfaction with the form of Scripture, and those who express this dissatisfaction reveal their partiality to scientific modes of discourse. Of course, there is nothing wrong with a scientific style of communication, but when a preference for that kind of communication leads to disappointment with the text that the Lord has actually given, it becomes a problem. (Counseling the Hard Cases, 16)

Lambert points out that God, as the author of Scripture, has chosen intentionally not to give us a “scientific text.” Yet, this same God has chosen to address many of the same issues that modern psychology attempts to address. We must ask questions then about our dissatisfaction with the Bible’s form.

The Bible is full of varied communication styles. God reveals Himself and His will through history, poetry, parable, prophecy, proverb, sermon, epistle, song, and apocalyptic literature. There is a variety of genres within the Scriptures, even genres within genres. He speaks in other varied forms of communication too: generalities, specificity, hyperbole, metaphor, precision, even scientific accuracy. God utilizes a host of means to communicate His truth to us. He has chosen to do this. The Bible is not written arbitrarily but intentionally, as God moved writers a long (2 Peter 1:21). This prompts a related question, then: can we accept the Scriptures in the varied forms God has given us. That is to say, one wonders if at the heart of some dissatisfaction with the form of Scripture is not a distrust of the Scriptures.

There are a number of questions worth considering. Can we trust God even if he does not speak in the manner that we deem most appropriate? Must God conform to our predetermined manner of communication? Who gets to decide what the best means of communication is? There is a great deal of audacity that may be at the heart of this criticism of Biblical counseling. We don’t want to paint with too broad a brush here, this may not be true of everyone who offers such criticisms. Yet, disappointment with the form of Scripture may be rooted in a genuine distrust of its content. How can the Bible be true if it does not conform to our intellectual standards? This, of course, was a criticism of Jesus in his own days. How could Jesus, how could his disciples, be speaking truth when none of them were trained in the Rabbinic schools of the day? Christianity has long been criticized as “common” or “simple.” Jesus calls us, after all, to come to him like a little child (Matt. 18:3). Even Martin Luther wondered aloud, “Must we really be such idiots?”

There is some distrust of the Bible because it does not conform to our expectations of intellectualism. But this is an unfair and prejudiced criticism. As Heath Lambert writes:

In the face of such frustration and disappointment, it is important to remember that while scientific discourse is one good way to communicate many things, it is not the only way – or even the best way. One of the reasons this is true is because God has chosen to communicate with humans in all of the ways mentioned above – from narrative to apocalyptic. God’s choice to communicate through a spectrum of genres makes the issue here larger than sufficiency. His chosen form of infallible communication (the Bible) makes this an issue of biblical authority as well. A belief in the authority of God’s Word mandates our submission to that authority in whatever form it takes. In a corollary way, such authority also forbids discouragement that Scripture has not been given in some other mode that we might prefer, whether scientific or encyclopedic or otherwise. (18)

God decides what is best, and in His wisdom he has chosen to communicate in a myriad of forms. A demand that God speak to us differently is really a statement about the trustworthiness of Scripture.

There is much that we can learn from the medical and even psychological community. I benefit greatly from my friends in both fields. Yet, I recognize that value and importance of the Scriptures in particular for helping people to change and overcome struggles. The Bible testifies of itself that it is profitable for such things (2 Timothy 3:16). The question we have to ask is whether or not we believe it. The Bible is not a scientific textbook, but that does not limit its ability to help us.