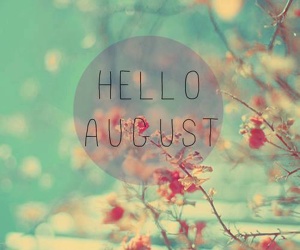 I am as shocked as anyone, but I got talked into going camping for a weekend and actually really enjoyed myself. The sleeping arrangements were terrible, but the rest of the trip was nice. It was fun to sit around the fire and talk with friends late into the night. It was fun to float down the Muskegon river in inner tubes with friends. It was fun to hang out at the beach – which were surprisingly beautiful. All around, I had a great time with my family and our friends.

Mike Cosper has put together an awesome podcast. Centered around unique interviews, this podcast draws on the intersection of faith, culture, and work and produces a fascinating result. My personal favorite podcasts have been Cosper’s interview with Christian music legend Steve Taylor and his interview with Gregory Alan Thornbury on Larry Norman.

One of the guys in our Tuesday group therapy session turned me on to this pizza place in Warren. It really is good pizza!

4. The Spark by Plankeye

Reliving this mid 90s Christian grunge rock album has been awesome. Scott Silletta, frontman for the band, was my rock music hero and together with the band he wrote some amazing songs! The songs on this album are the band at their best and reflect both meaningful faith-based lyrics and great musical composition.

I had the chance to visit my friend Jonathan Holmes in Cleveland this last month and he was kind enough to take me to this beautiful winery. The food was absolutely amazing and the outdoor seating was just beautiful and inviting. We shared an amazing appetizer of Brussel sprouts, which I don’t usually like.

6. The Sermon on the Mount and Human Flourishing by Jonathan Pennington

This book has deeply influenced and reshape day understating of the Sermon on the Mount. The Sermon is one of the more difficult passages to rightly interpret, and can often result in either an over-emphasis on the role of works in salvation or an under emphasis on the relevance of the passage for believers. Pennington has opened up a way of reading the text, however, that allows us to see it more clearly fitting into an orthodox reading of the Bible. His ability to weave together technical Greek word analyses and compelling commentary is no small feat. I have thoroughly enjoyed this book and am almost done with it now.