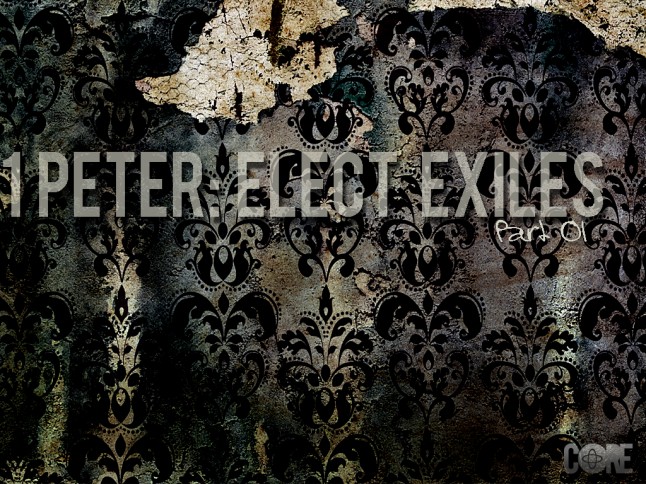 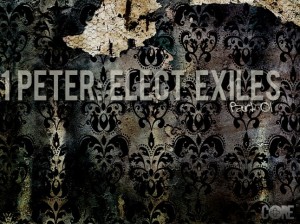 When I think about the ways that Christians around the world, throughout time, have suffered it makes me glad to live in the U.S. in the 21st century. From almost the dawn of the church persecution was poured out on her. Emperor Nero not only threw Christians to the lions, but he would tar them and set them on fire to light up his garden parties. And Emperor’s Domitian and Trajan set out on empire wide campaigns to kill and torture Christians. In light of such dreadful suffering I can’t help but wonder how 1 Peter can speak so positively of it. Peter has said that suffering is “according to the foreknowledge of God the Father,” and that it’s “in the sanctification of the Spirit,” and now lastly he says it is “in obedience to Jesus.” How is “suffering” obedience to Jesus? That’s what I want to unpack today.

It is certainly true, of course that Jesus suffered. Peter reminds us that he is an example. He writes, “For to this you have been called, because Christ also suffered for you, leaving you an example, so that you might follow in his steps” (1 Peter 2:21). So the way we suffer, according to Peter is how we follow in his footsteps. As he suffered, so we should expect to suffer. Jesus said made the very same claim, saying, “Remember the word that I said to you: ‘A servant is not greater than his master.’ If they persecuted me, they will also persecute you. If they kept my word, they will also keep yours” (John 15:20). Part of what it means to obey Jesus, then, is to endure suffering. But it’s more than just going through it. It is going through in a manner that imitates our Lord. So how we suffer is important.

Here, Peter tells us to suffer like our Lord Jesus because it points unbelievers to God. On the one hand there is the potential that in seeing a Christian suffer they may glorify God. Peter writes, “Keep your conduct among the Gentiles honorable, so that when they speak against you as evildoers, they may see your good deeds and glorify God on the day of visitation” (1 Peter 2:12). If we are faithful to Jesus through our suffering that is an unusual sight, and it points people to the power of the gospel. On the other hand, though, Peter also says that how we suffer is a judgment on the unbeliever. In 3:16 he says that if our “good behavior in Christ” is reviled then those who do so will be put to shame. He adds a very startling passage in chapter 4. He writes:

16 Yet if anyone suffers as a Christian, let him not be ashamed, but let him glorify God in that name.  17 For it is time for judgment to begin at the household of God; and if it begins with us, what will be the outcome for those who do not obey the gospel of God?  18 And “If the righteous is scarcely saved, what will become of the ungodly and the sinner?” (1 Peter 4:16-18)

He asks, if even the believers are judged at some level, how will it be for those who have rejected Christ? It’s a serious and somewhat scary question. And how we suffer as Christians, either in obedience to Jesus or not, can drive unbelievers to consider such questions.

Our suffering is an important part of our obedience to Jesus. It proves our faith, in strengthens our faith, and it models for others that faith. It makes us more like our savior who suffered righteously, though he was innocent of all wrong. It is part of what it means to follow Jesus. If you would follow him, Jesus says, you will suffer. And Peter knows the lessons of his master well, so he writes to you and I to suffer in obedience to Jesus.